From our home to yours, we send you fond bush greetings!

Our last 3 months of summer have been spectacular!
The new year arrived with more glorious rain, continuing to feed the lush bush & be an excellent food source for our grazers & browsers.  The Klaserie River rose vastly one morning, resulting in the closing of the causeway for a couple of days – the first (& last) time this season.
Feb arrived & suddenly the regular showers, which we had become used to, disappeared & we could see the bush drying out with the high summer temperatures – not a good feeling thinking ahead of winter.
But thankfully Mar provided over 100ml’s of rain to top up the bush again.
We have again exceeded our rainfall figure for the season, naturally we are all so happy.
The Klaserie River continues to flow albeit relatively low & the Olifants River is still at a good level.
As we head towards Autumn, the mornings & evenings are already becoming cooler & sunrise is getting later & sunset earlier. 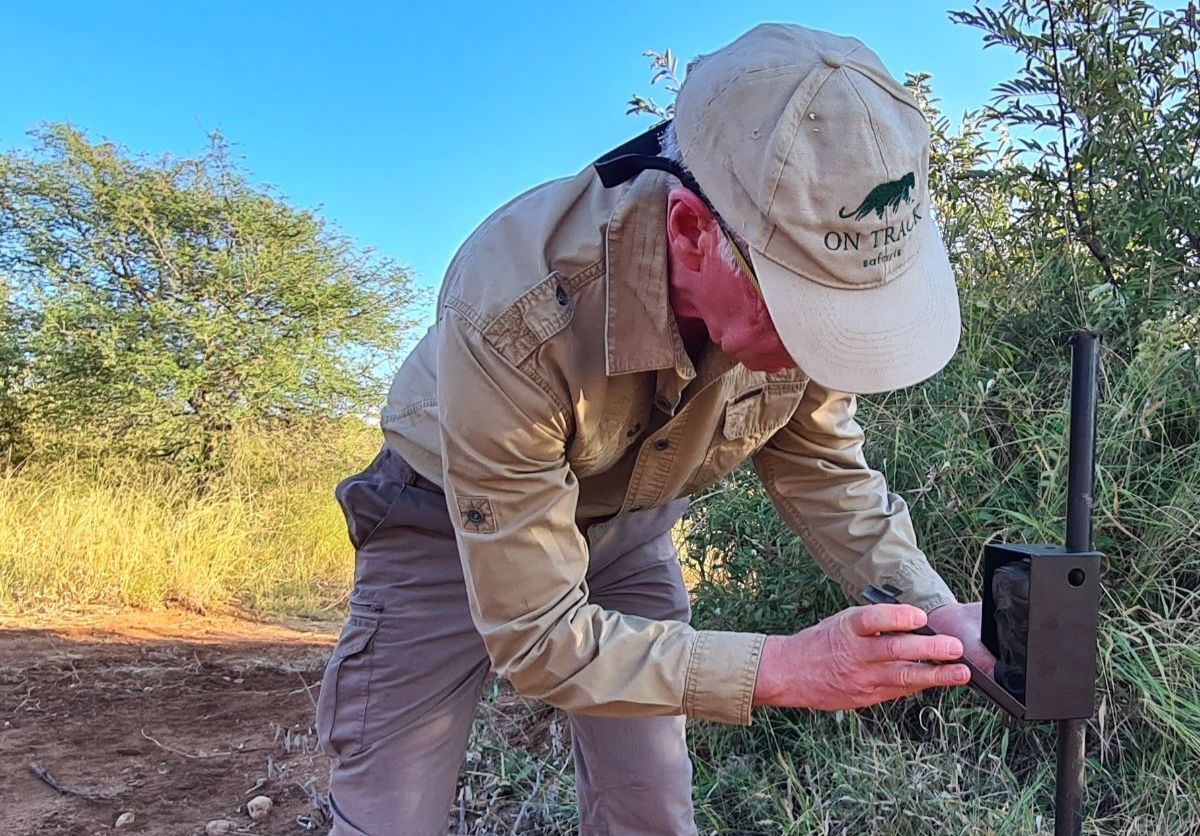 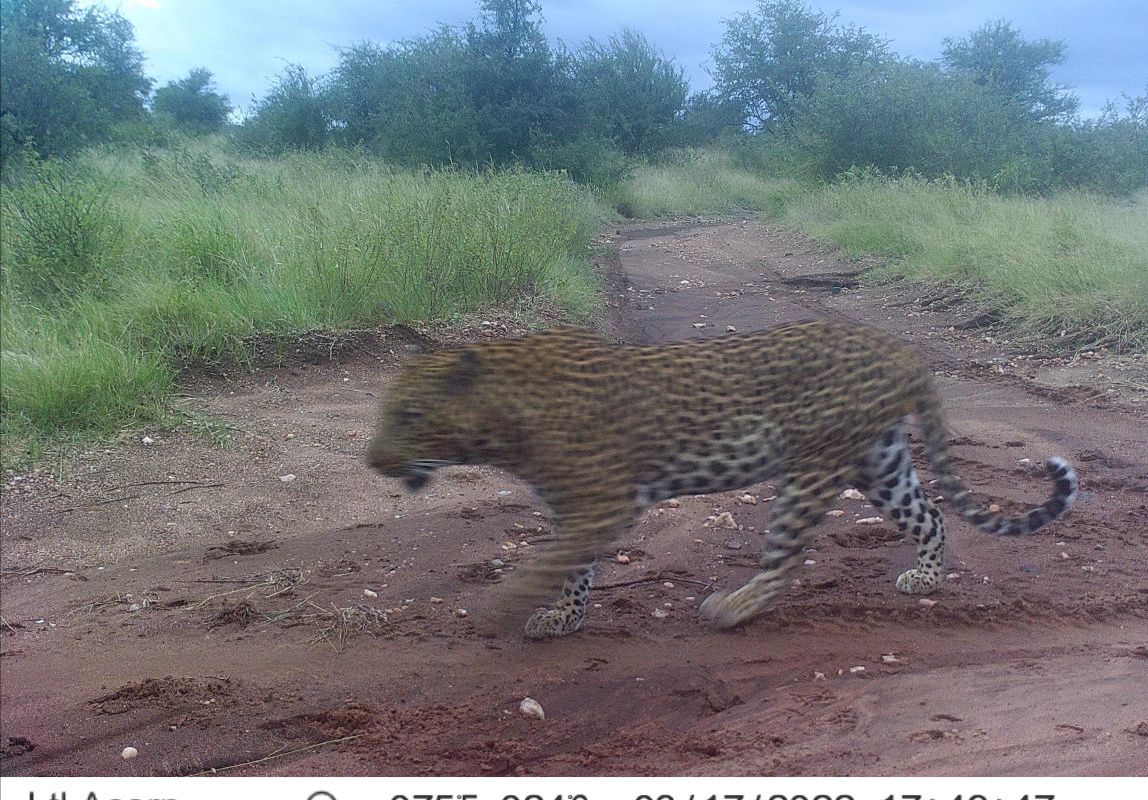 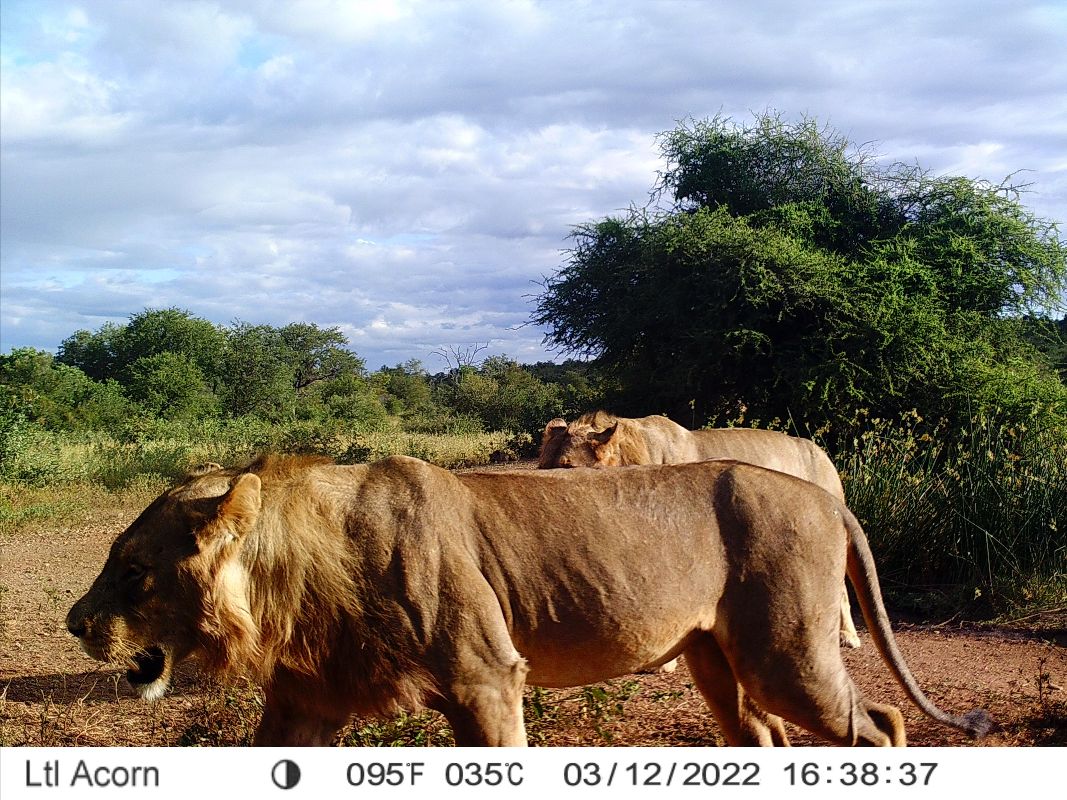 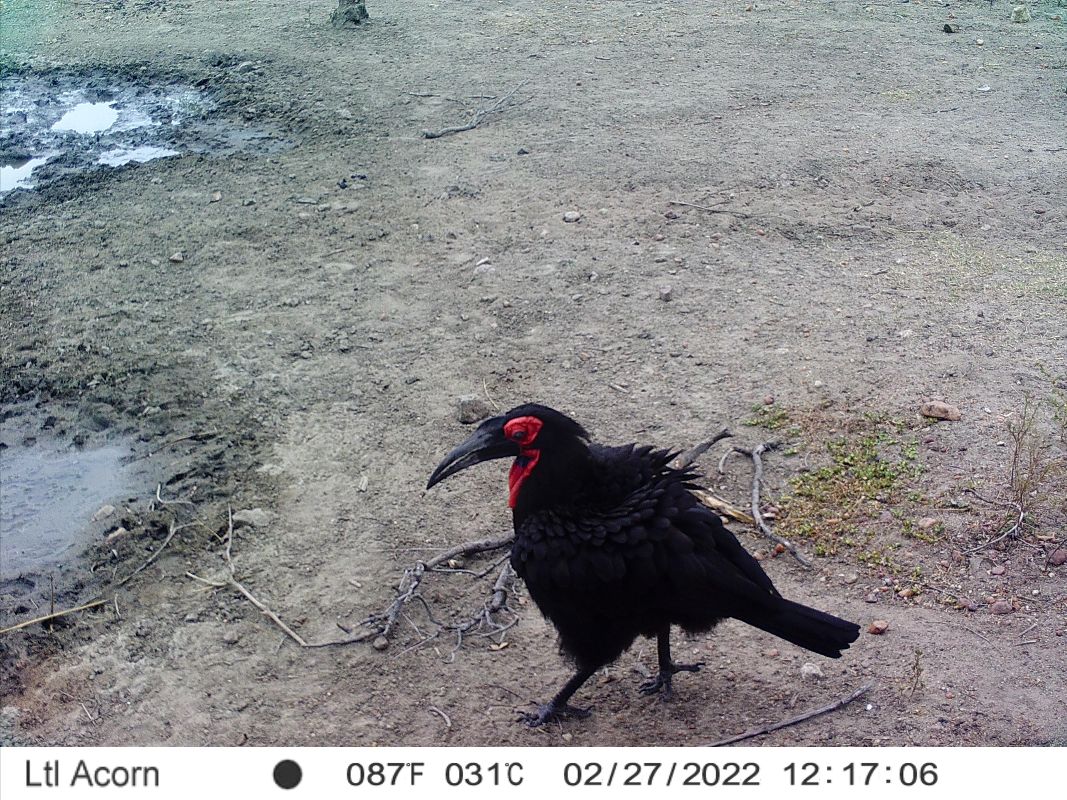 Will Fox, owner of On Track Safaris, recently paid Nzumba a visit to catch up with the team & speak to Frikkie about the camera trap situation.  Will has given us two new camera traps, & there are plans to expand the quantity & range of the traps to once again start focusing on areas that are often frequented by leopard, to build on the OTS Leopard Project.
Thank you Will & Carol for your continued sponsoring of the camera traps!
The first new site is Mpisi Link & from the captures so far, it was definitely the right idea.
Follow us on Facebook or Instagram, where we post recent camera trap photos every Sunday. 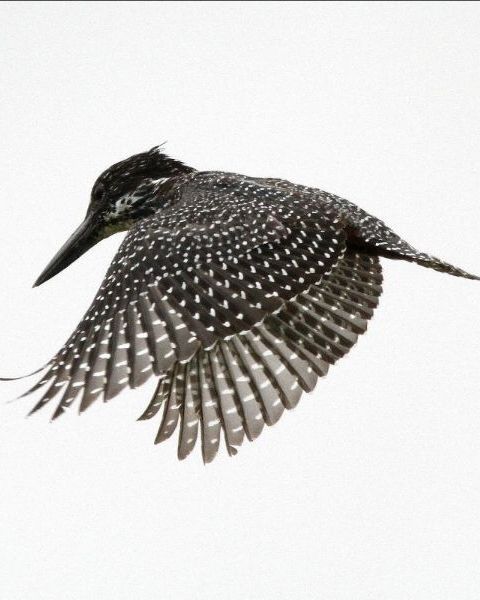 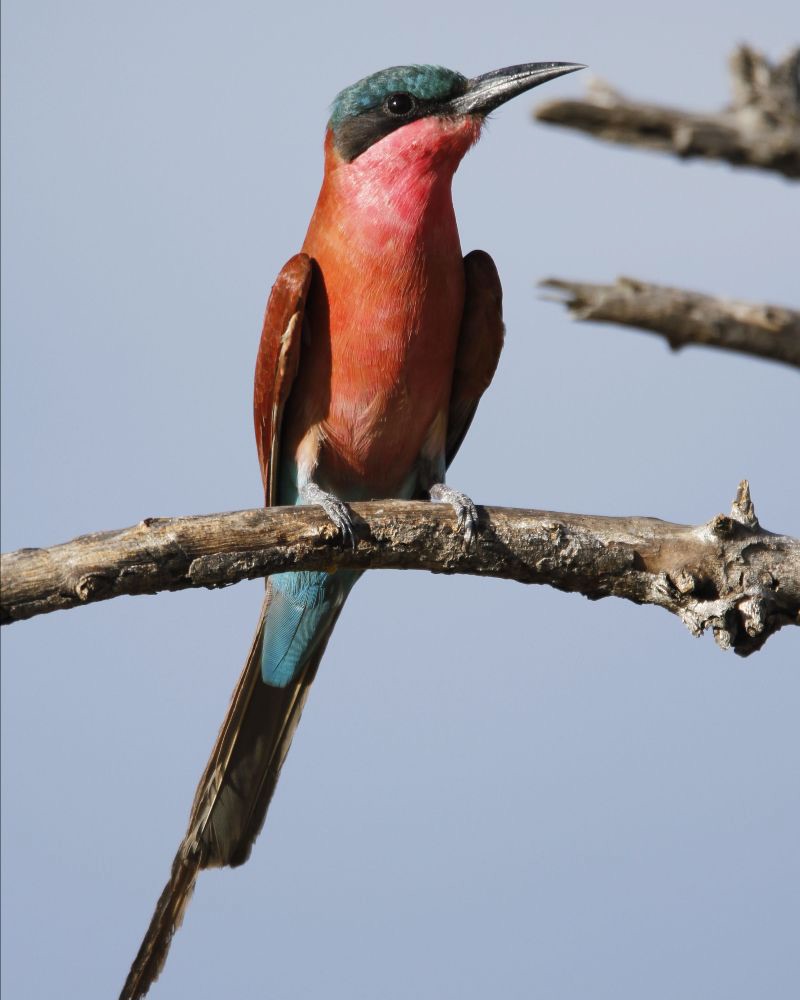 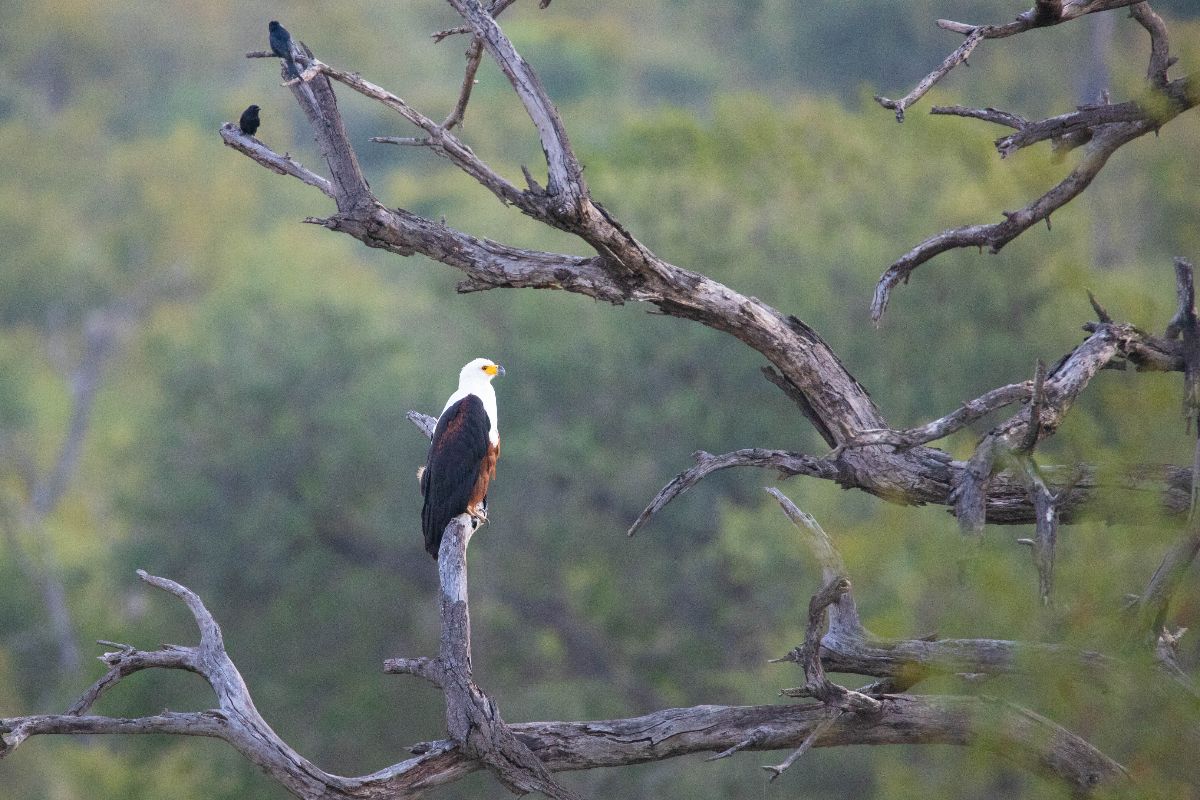 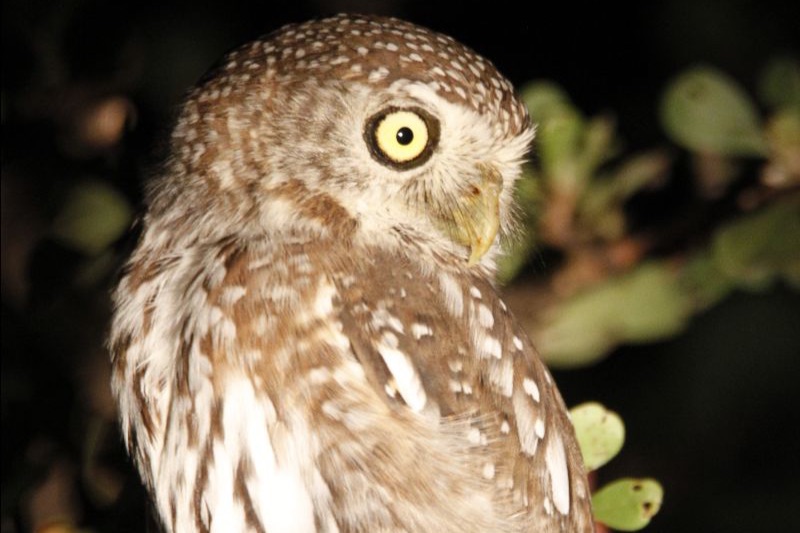 Birds of a Feather

We are at that time of the year, going into Autumn, where we say farewell to our migratory birds.
But the last three months have been really great for birding & it’s special for our guides to share their vast birding knowledge with our guests & see the interest take shape.  This is a special element of our gameviewing experience.
African Fish Eagle have been extremely vocal on the Klaserie River, as well as at Nzumba, where guests were fortunate to watch one catch a catfish out of the waterhole.
A highlight sighting for Stefan in March was a Greater Painted Snipe. 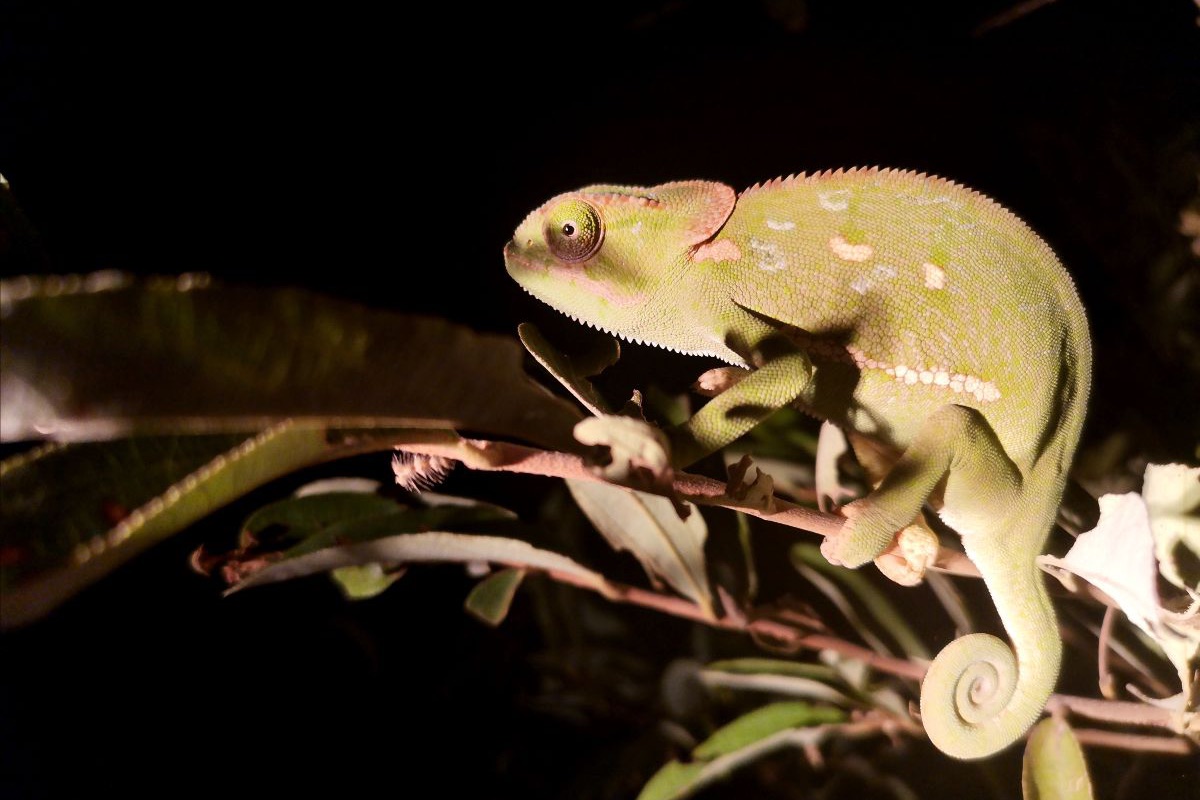 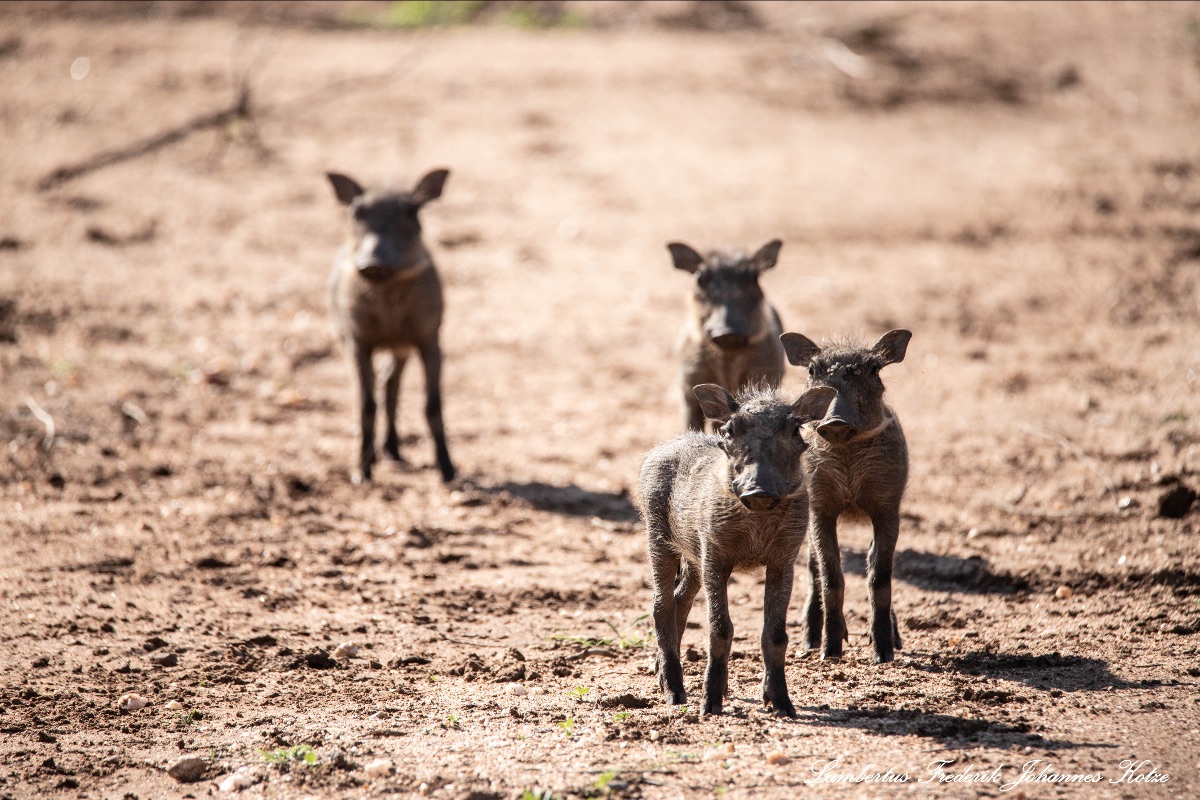 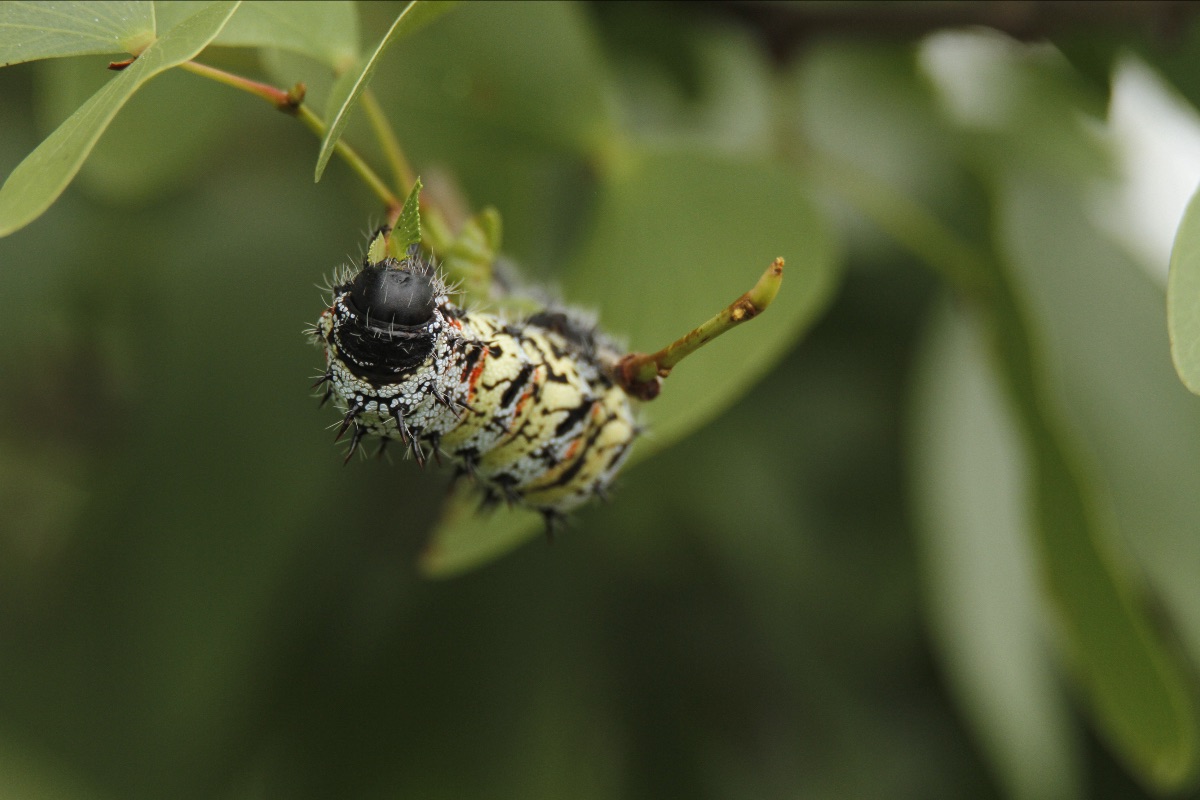 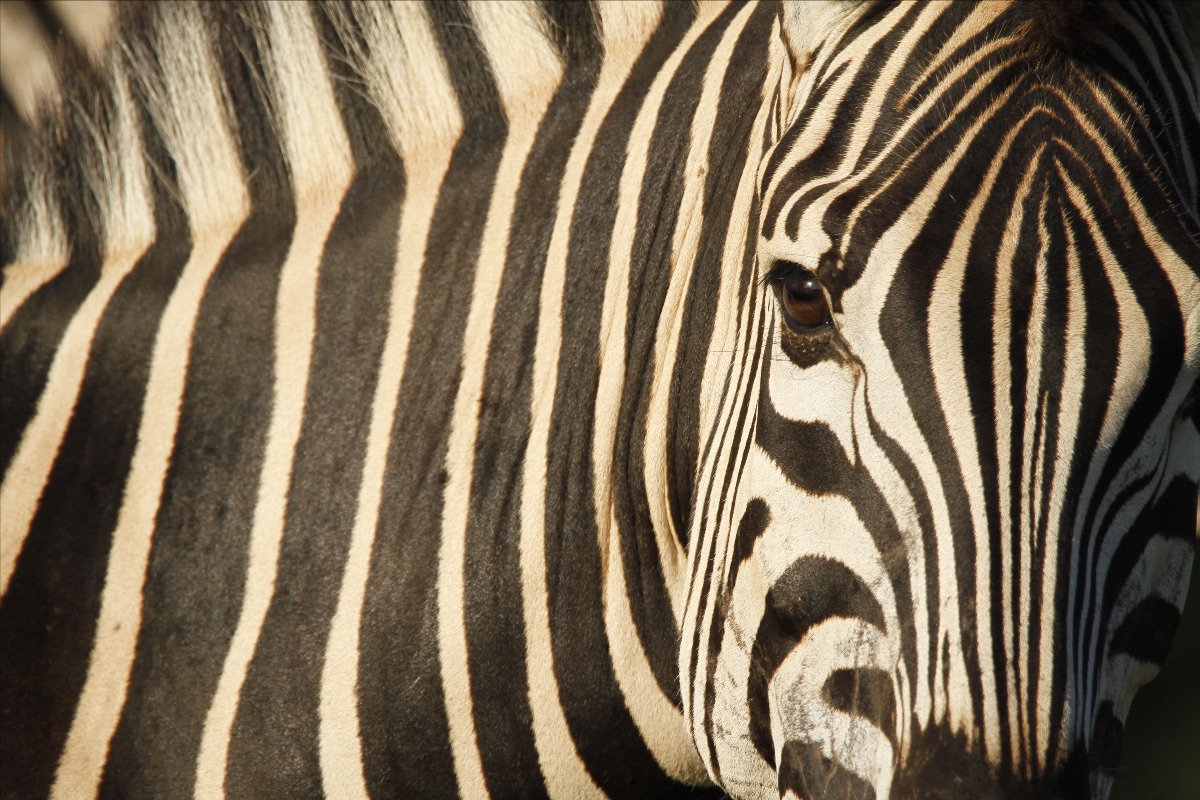 It’s been happy days for our general game, with so much food around.
Sightings have been exceptional with large journeys of giraffe, dazzles of zebra everywhere & our impala nurseries growing up.  Our resident Black-Backed Jackal on the Nzumba airstrip never disappoint, who also happen to be regular captures on our On Track Safaris camera trap at Nzumba waterhole.
The also resident herd of Wildebeest had a good breeding season.
Special sightings included African Wild Cat, Porcupine, African Civet, Genet & Honey Badgers.
There has been an occasional sighting of a hippo in the Klaserie River at Hot Spot, as well as the Olifants River.
There have also been quite a few sightings of Black Mamba’s on game drives. 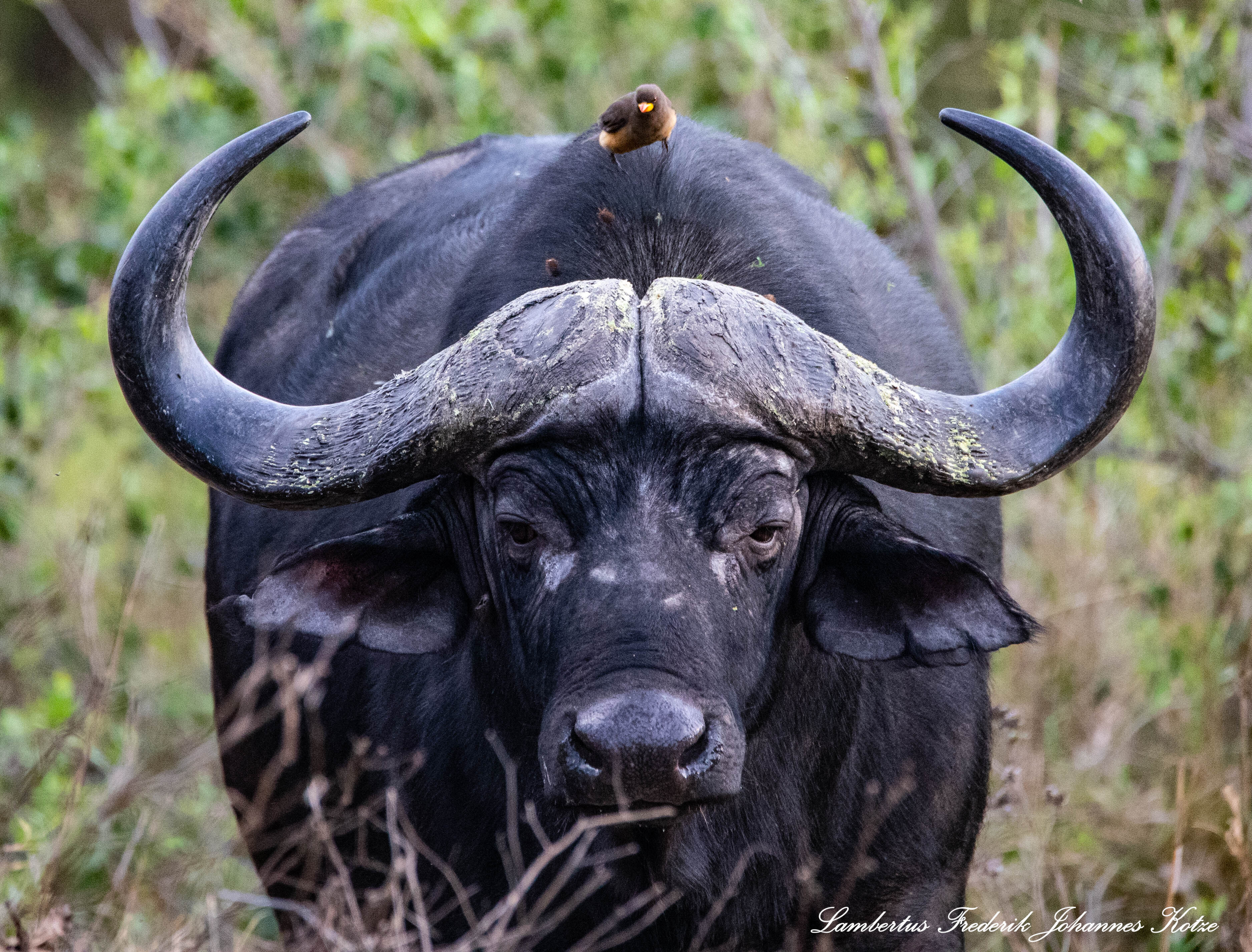 We have had consistent sightings of Buffalo, with majority being around various parts of the Klaserie River.
None were captured on any camera traps.
We have not seen the big herds coming through, which is surprising with the amount of food available to them.
Sightings have been of dagha boys & small breeding herds, which are still great sightings enjoyed by our guests. 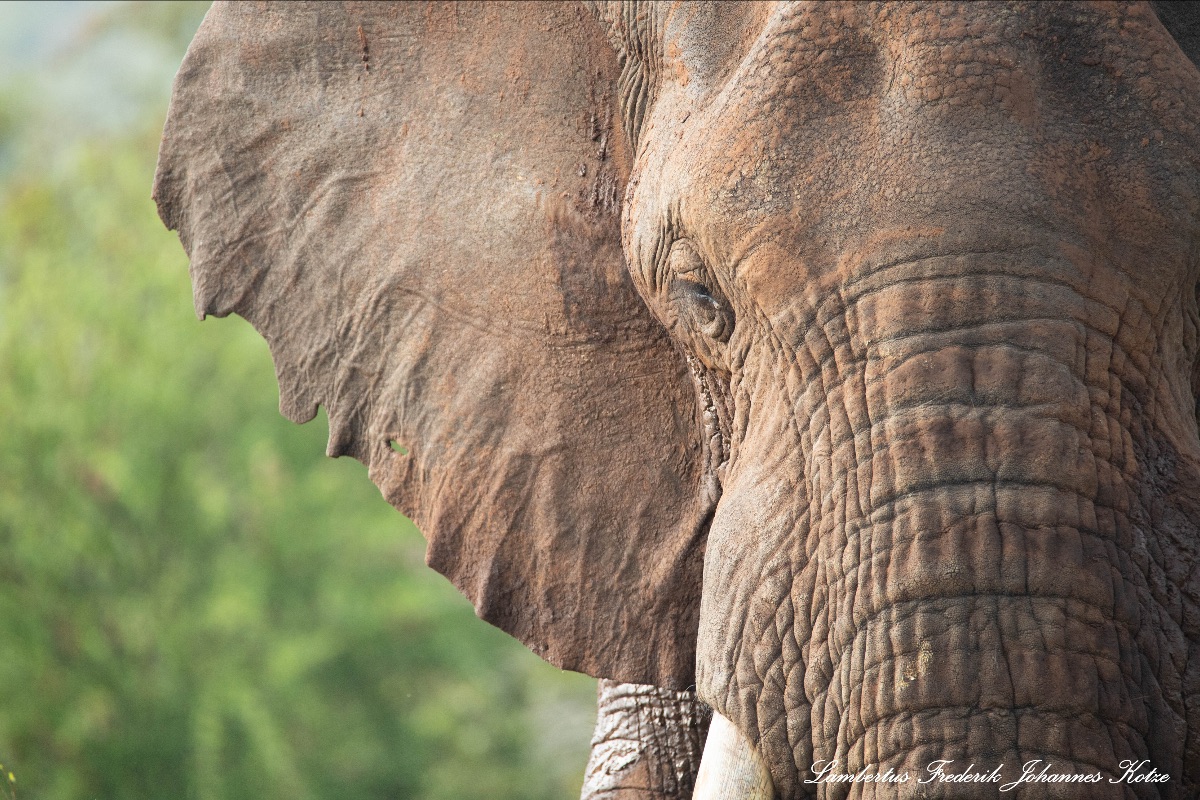 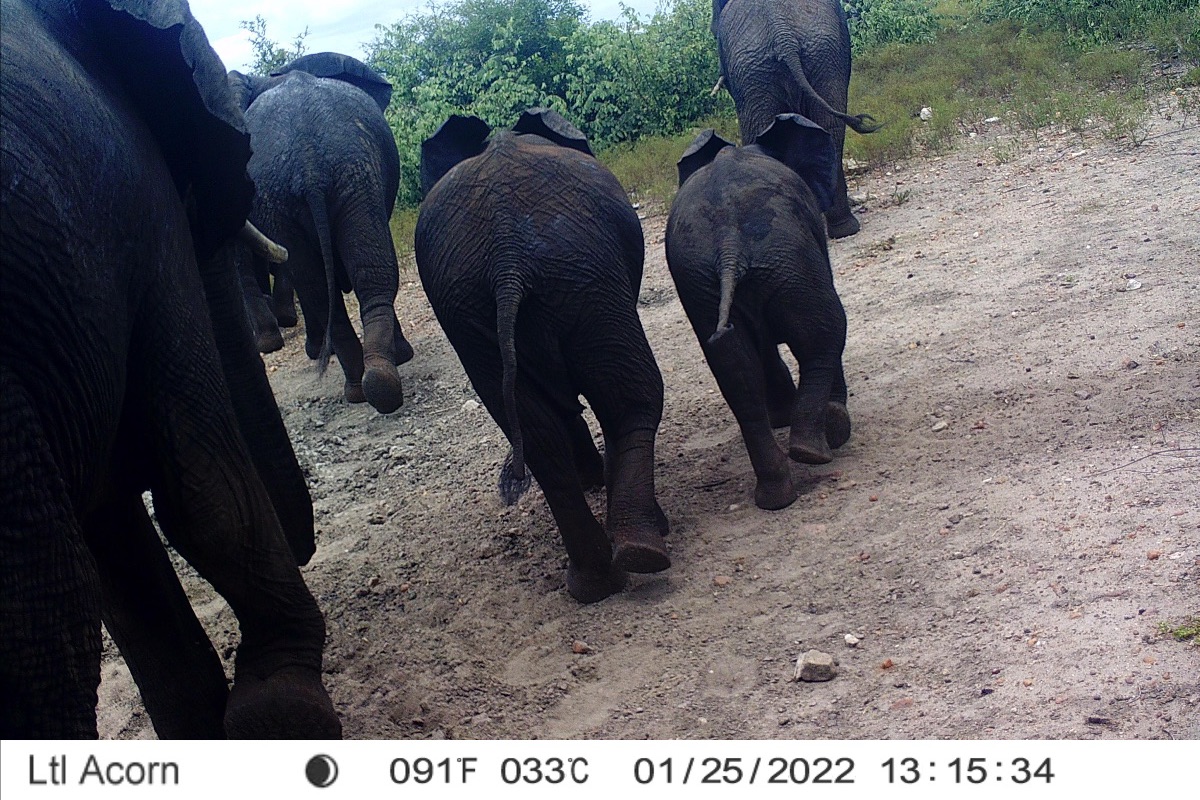 Certainly no shortage of these giants in all areas of our traverse!
They are caught regularly on our camera traps, seeing often by our guests at Nzumba’s waterhole, as well as an abundance of sightings throughout our traversing area on gamedrives.
The sightings were a combination of lone bulls, small herds of bulls, small breeding herds & some larger herds of 25 – 50 strong. 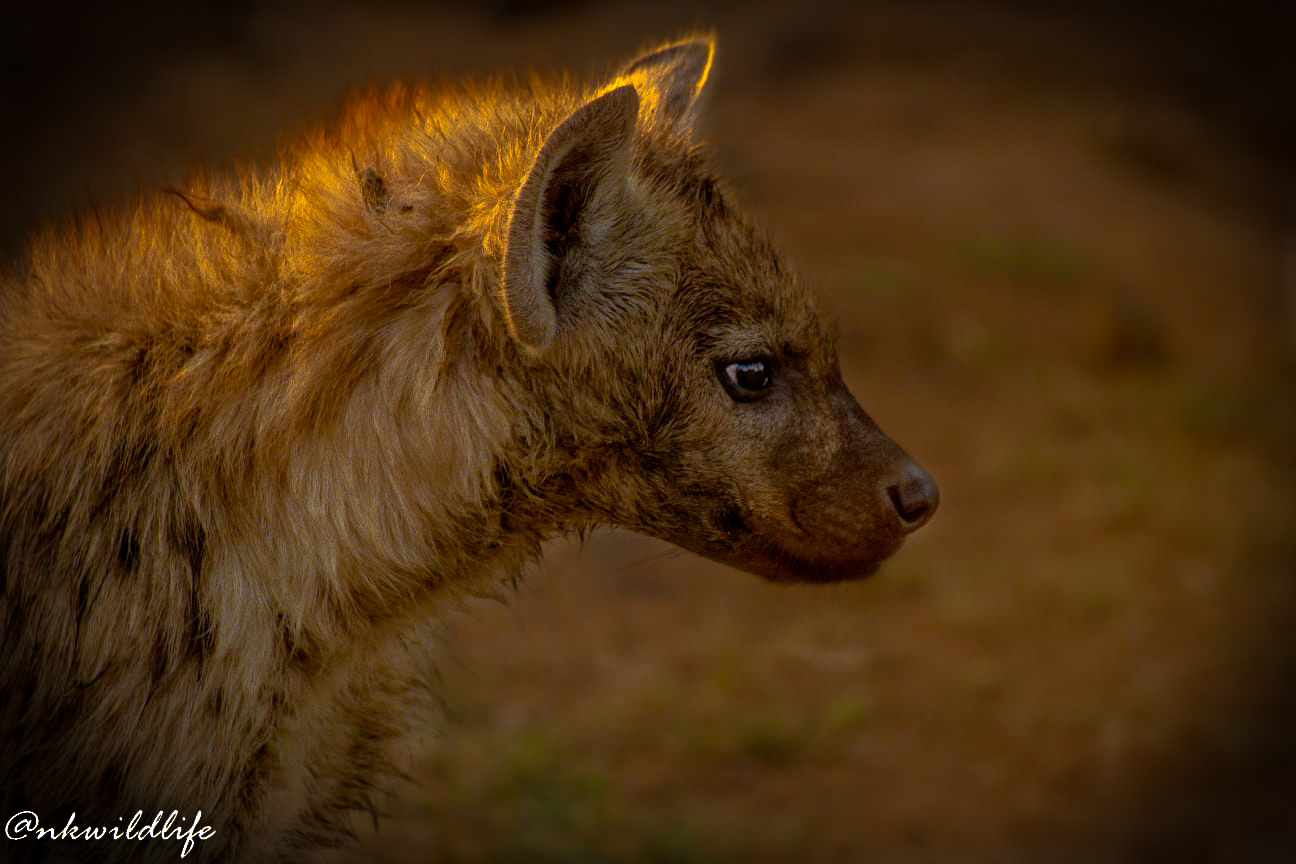 Hyena are also frequent captures on our camera traps.
These beautiful creatures are always entertaining, especially around apex predators like leopard & lion.
There have been some amazing sightings of interactions with hyena & leopard with a kill.
Majority of sightings have been a single animal, but there have been a few with 3 or 4 together.
The iconic hyena call, piercing the night, delights our senses regularly. 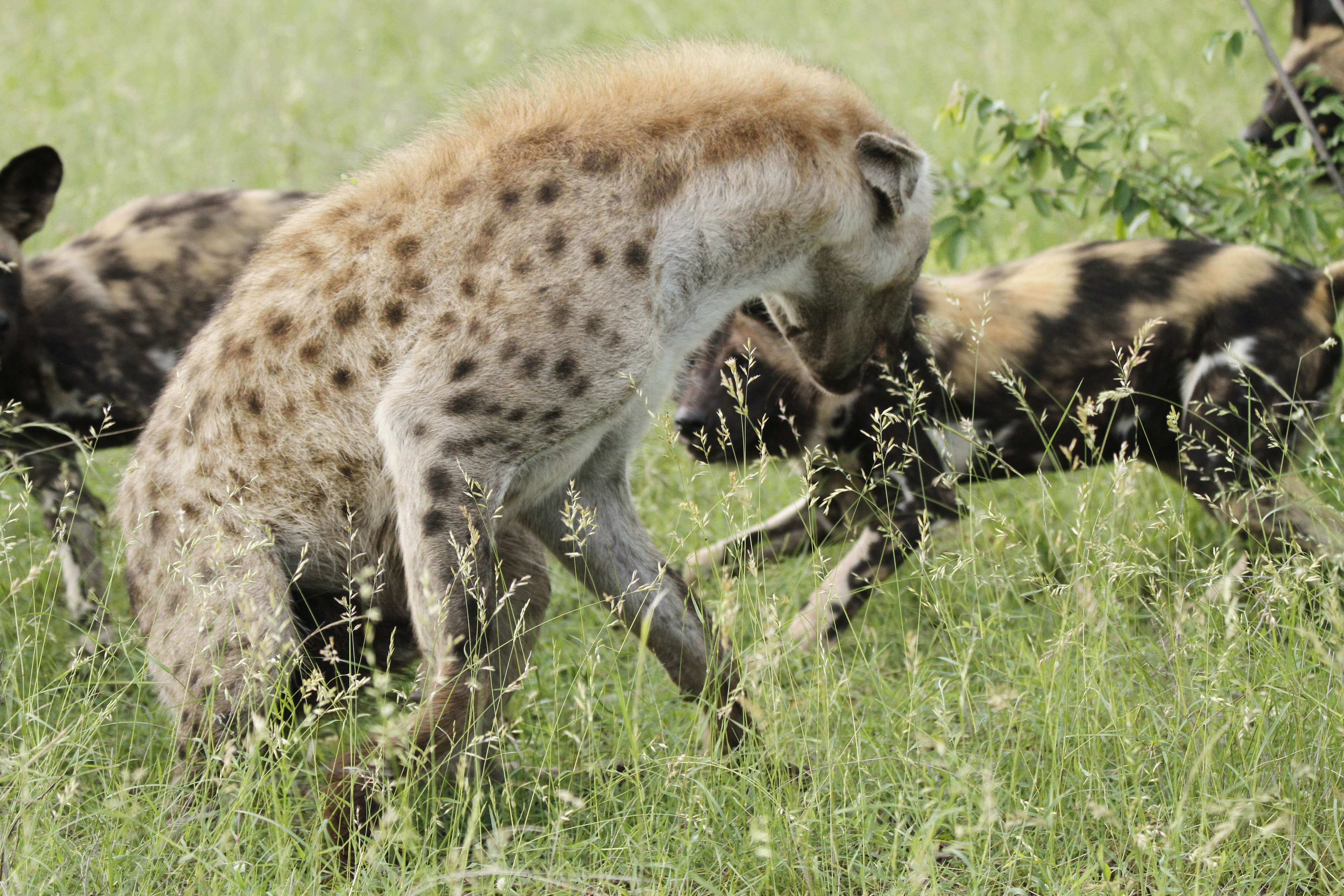 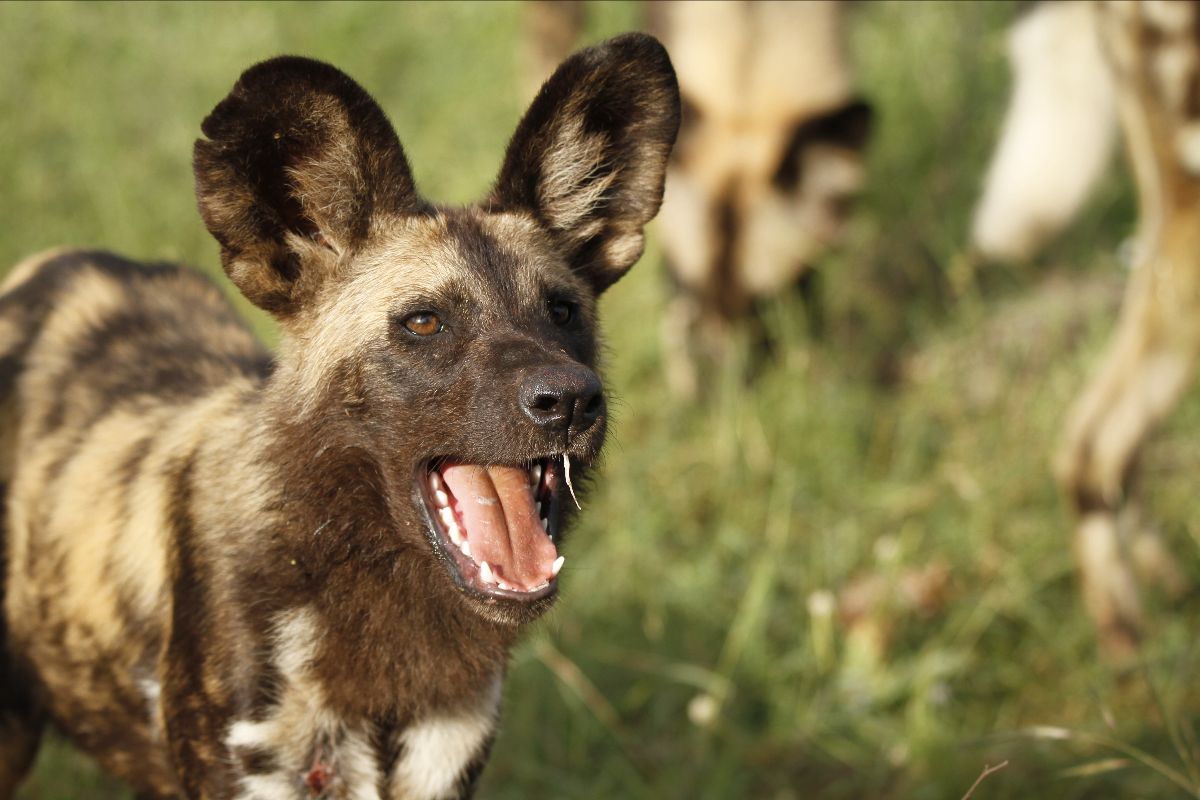 These photos were of an incredible wild dog interaction with hyena, the hyena would not relent but was bullied into giving up. 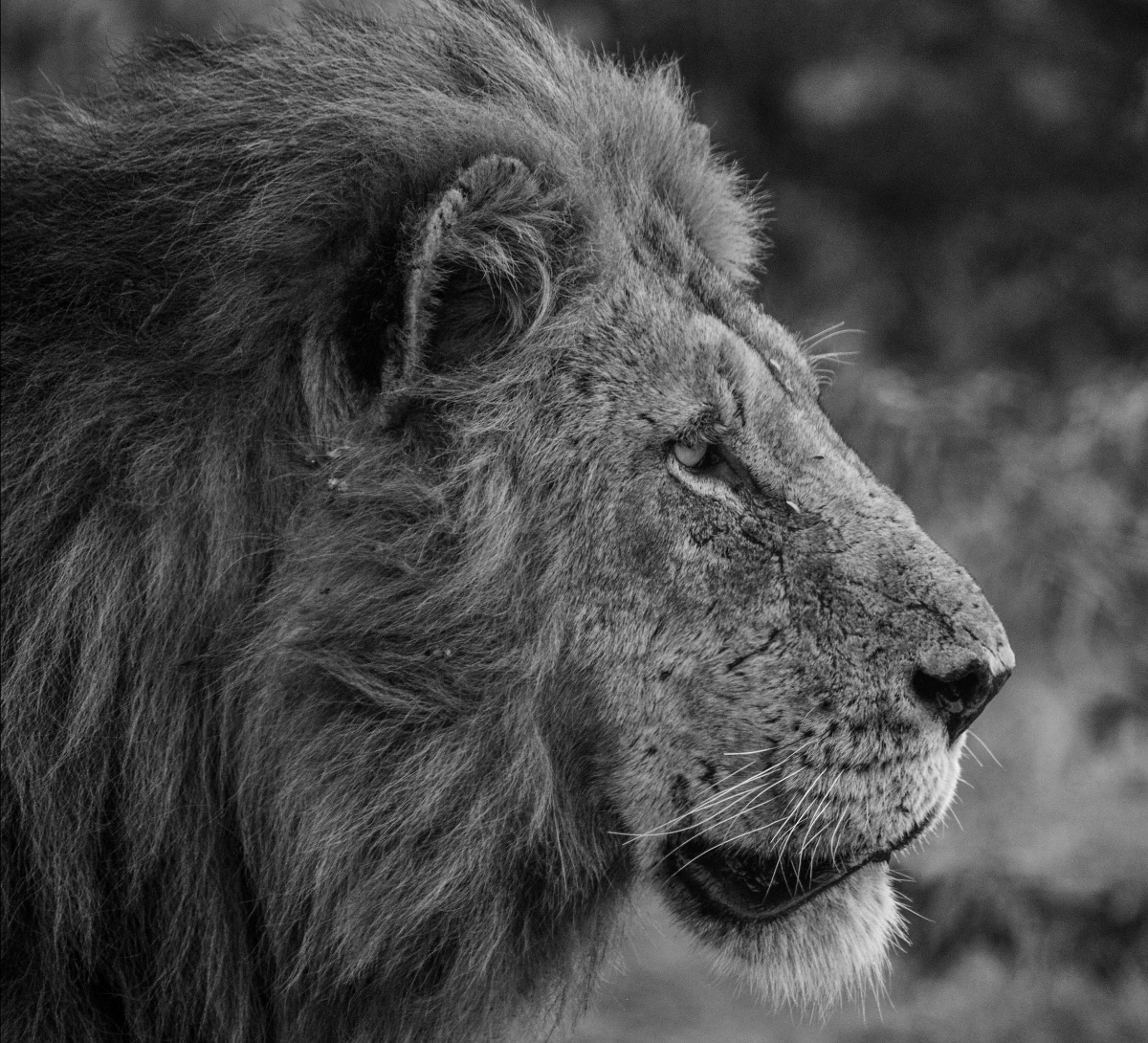 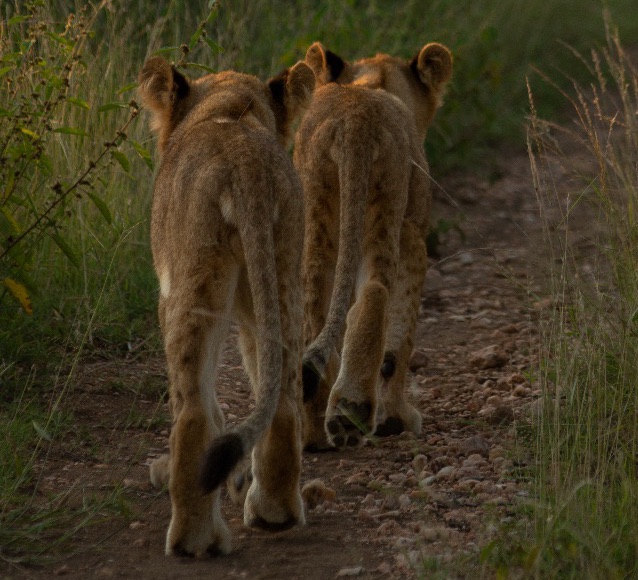 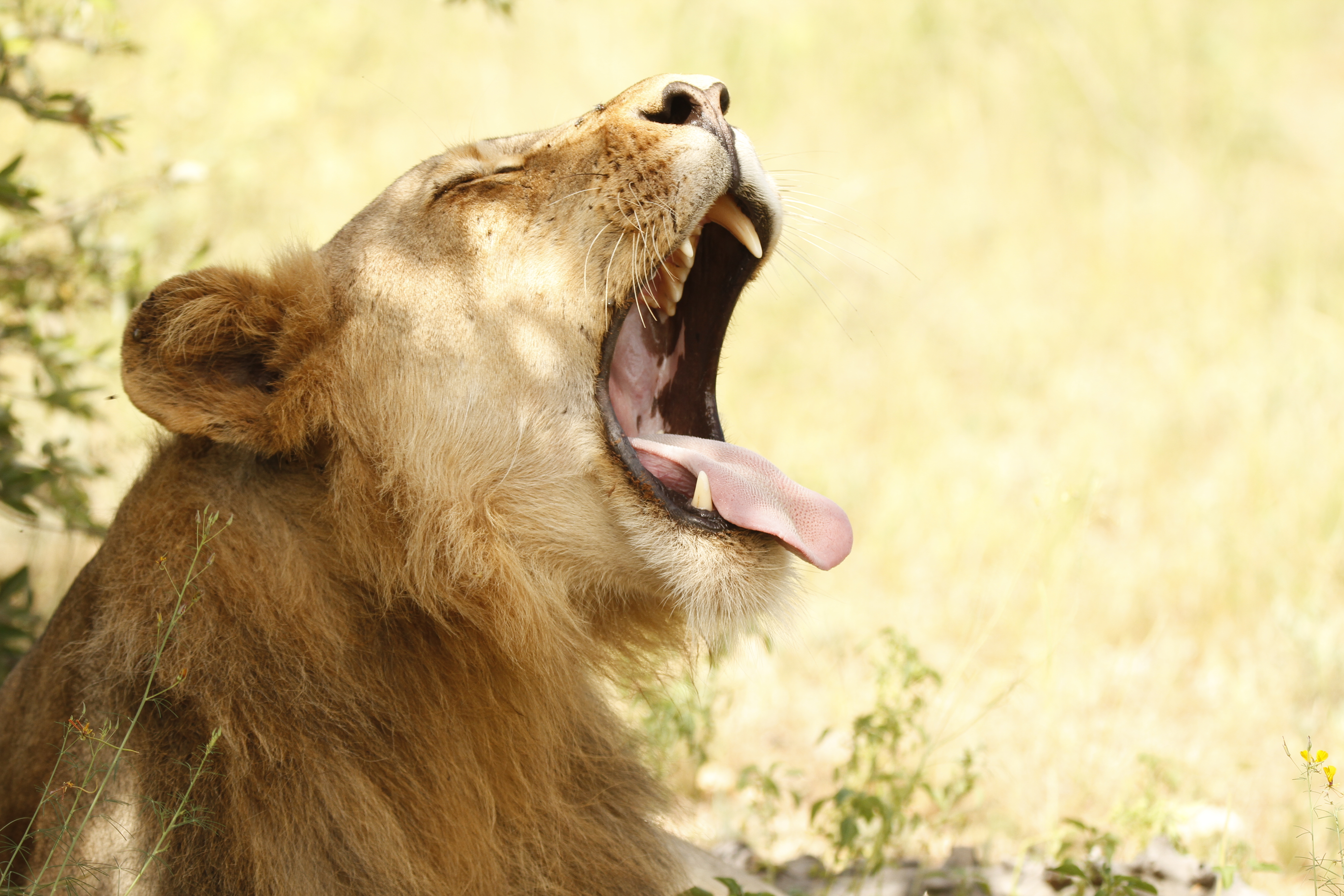 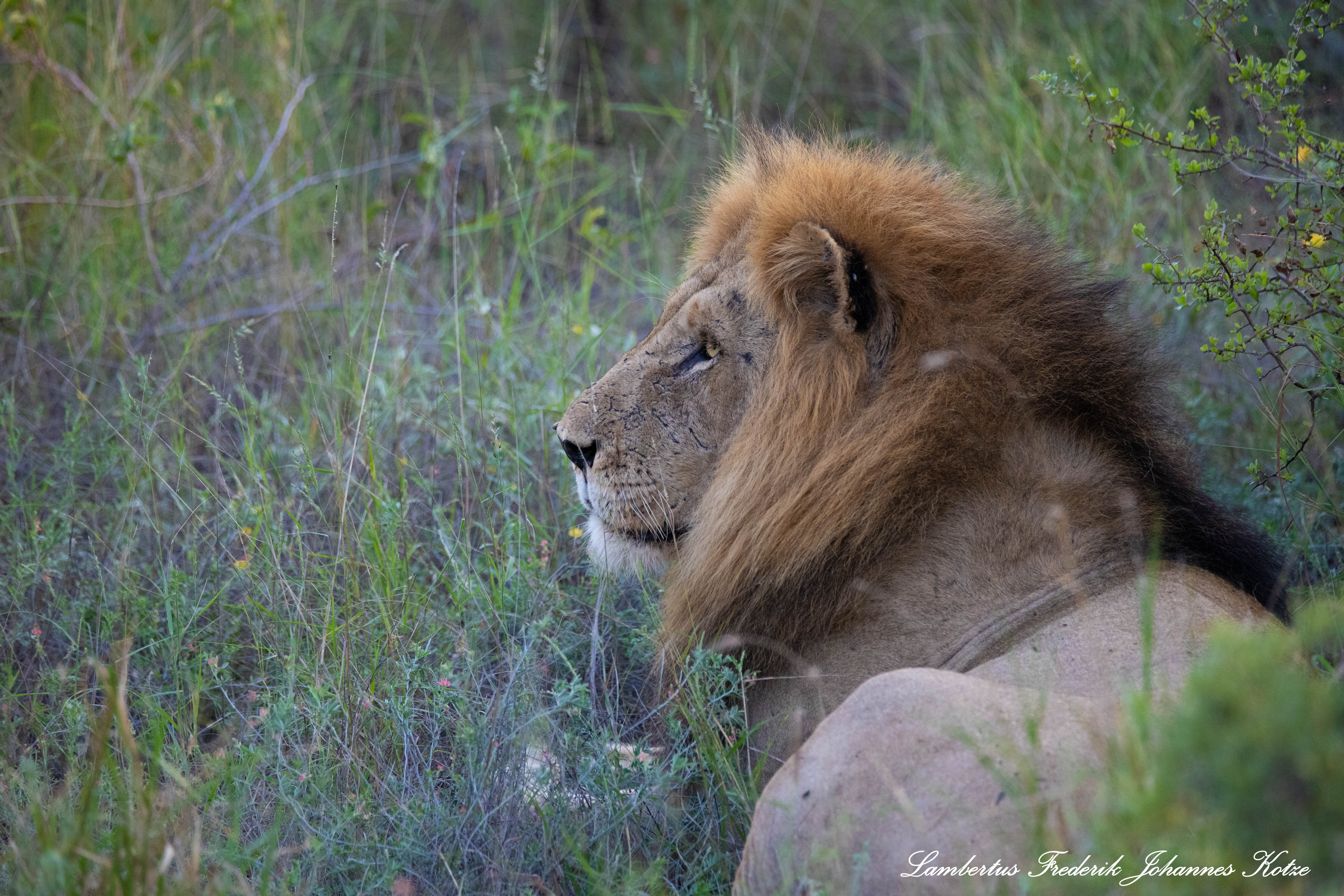 King of the Jungle

The lion dynamics have been absolutely fascinating this quarter!
We have also been seeing regular activity around our waterholes on the camera traps.
A spectacular sighting recently was with the Breakaway Pride on Nzumba Airstrip, the River Pride males got hint of this from Corona Pan on Bach & came to check them out.  There was no stand-off or fighting, just an observation by one of the River Pride males.
So besides all the below excitement, every now & then a couple of unknowns are seen to add to the mix.
The River Pride:
Still going strong & have recently just added a new litter of cubs to their pride – we have not had visual of them yet.  We are still getting top class sightings with them on a regular basis & are on occasion even seen around Last Word Kitara & Ivory Wilderness.  They are a power-house pride!
The Timbila Pride:
Whilst mostly still not seen too often, we have been seeing then more frequently of late, including the dominant male seen with one of the females, away from the pride, presumed to be mating.
The Breakaway Pride:
If you follow us on social media, you will see that this small pride has been making the news quite frequently.  They have been given this temporary name because they have moved off from their pride to form their own little coalition of three males & one female, all sub-adults.  They are seen mostly around Nzumba / Dundee.
Before we gave them their own special pride name, we wanted to make sure that they establish themselves in our area.  We are looking at calling them the “Tshaba Pride”, tshaba means run away which is what they did from their original pride. 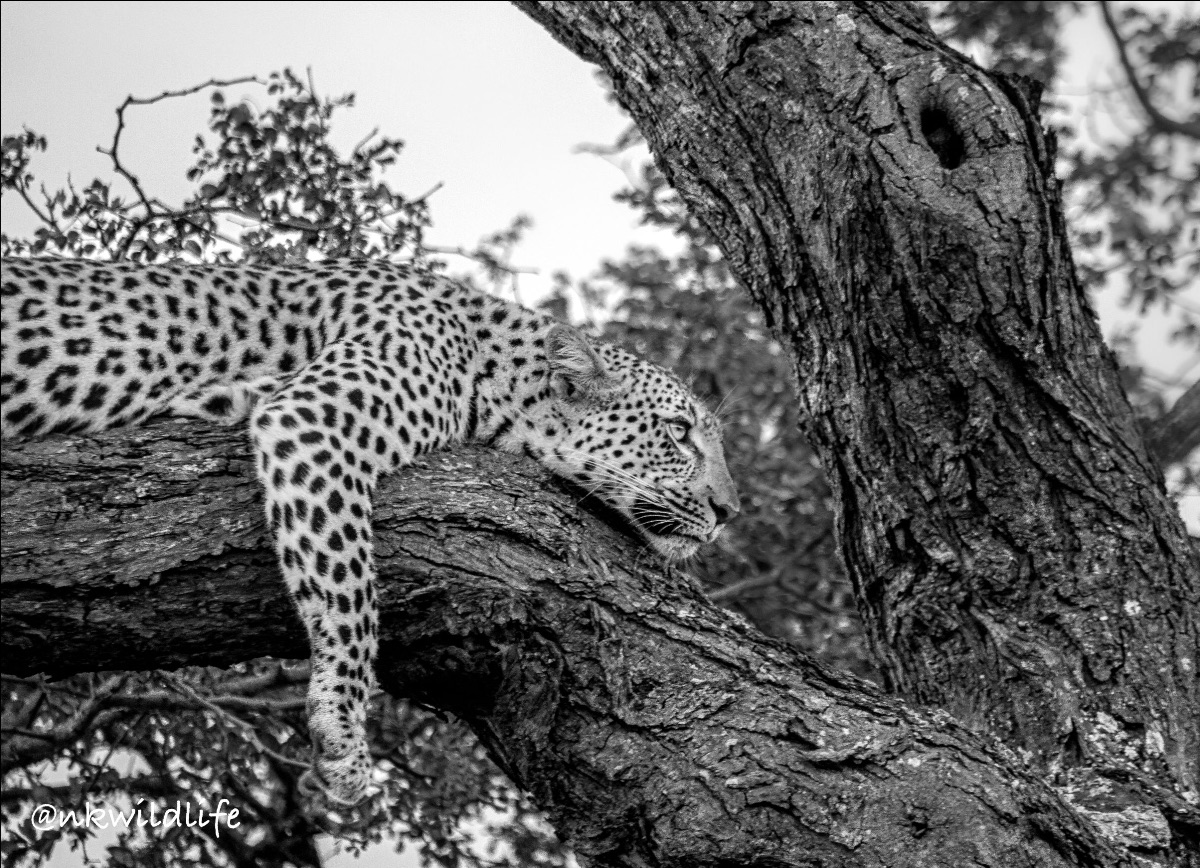 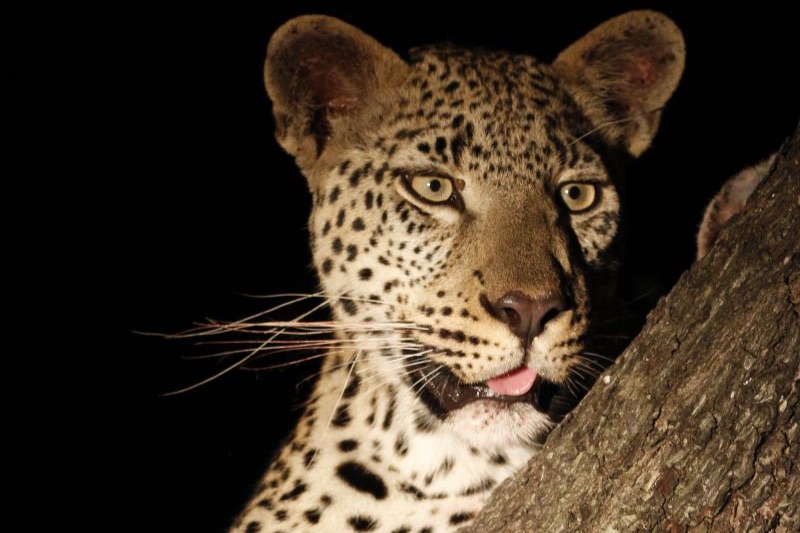 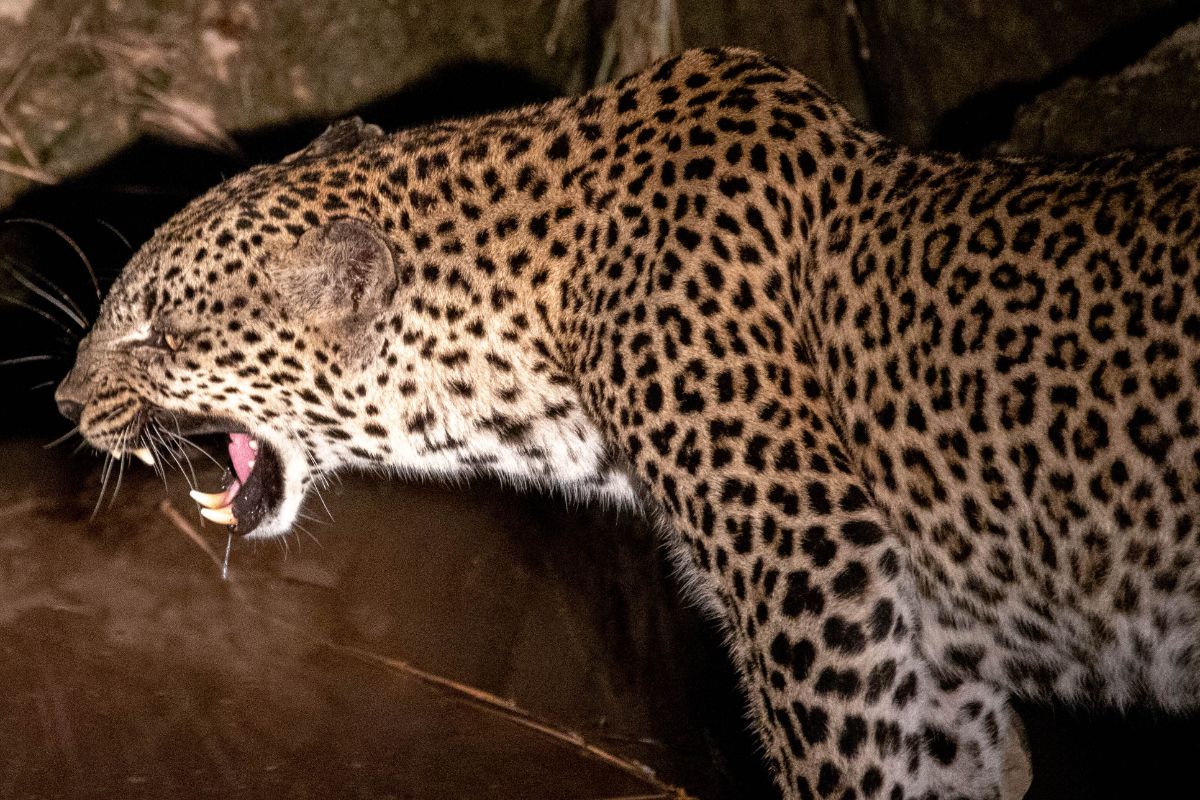 These spotted beauties have been spoiling us with quality regular sightings!
Manzi & her cubs:
Are still doing well, Manzi is an amazing mom & the cubs are doing well.
Lamula & Imbali:
This is another beautiful story of a successful mom! Imbali is starting to become independent of her mom & was seen successfully hunting a scrub hare.  More recently, Lamula & Imbali were on an impala kill & an hyena came in to steal it – Imbali was determined this wasn’t going to happen & tried her best, whilst mom watched her youngster closely that it wouldn’t be harmed, but giving her enough space to learn.  Sadly, the hyena won.
Green eyed male:
He is being seen more regularly, a stunning big male.
(captured on OTS camera traps – ref above pic)
Kwatile:
This female that is seen quite often has been given this name, which means angry.  She is not to impressed with vehicles & shows her irritation easily.
Xivindzi:
was also seen recently on a kill.

Visit our webpage & take advantage of our current special:
www.klaseriecamps.com/specials

For those of you who would like regular updates on exciting happenings and aren’t already on our Facebook, please “like” our Klaserie Camps page. We look forward to seeing you there!

We are on Instagram, so for all the Instagramers out there, please follow us and keep up to date on the wonderful photos we share: @klaseriecamps

Support and Rate us on our official TripAdvisor page!